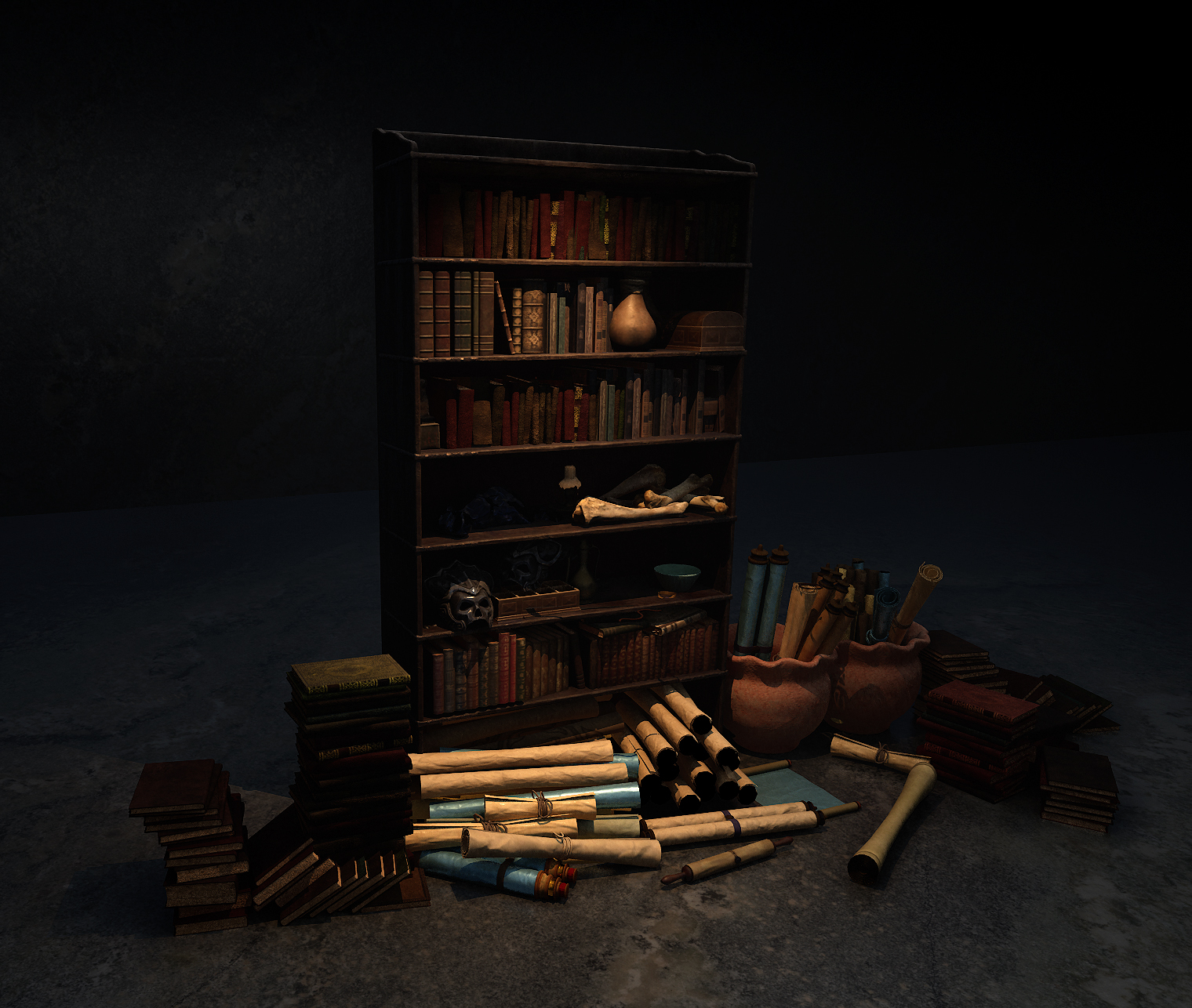 Early stages of preliminary set design and construction in Unreal.

I've begun work on a rough design and layout of Leo's lab. This isn't intended to be the final set, but will serve for preliminary layout and previs tests. Also, it can provide a bit of a playground to explore ideas and see what might and what might not work in the final piece. The great thing about Unreal is how fast you can iterate. You can drop things in, move them around, adjust lighting...and see the feedback instantly. With the massive library of assets available on the marketplace, it's quite easy to find props that are suitable to at least stand in as temporary set pieces; if not serve as final objects.

For an upcoming test shot, the action will focus mainly on Leo as he works his sorcery to craft the magical amulet which allows Marlene to travel between worlds. The amulet is a central part of the story, and is almost a character in and of itself. So, the process by which it is conjured into being must be something of a spectacle. The conjuration scene will introduce us to Leo, show us the amulet, and give us some insight as to the magical nature of the story and the world we are about to enter. Although the lab itself won’t be a focal point, I would like to dedicate a few shots to exploring the shelves and tables of Leo’s laboratory, and inspect the odd trinkets that a wizard might have littered about.

For efficiency, I’ve mostly limited these chachkies to items from asset packs I already own, available props from the Megascans library, or various cheap or free models I can find on the internet. An odd shape, a cool texture, some moody lighting...this is the basic recipe. And then maybe sprinkle some magical Niagara particle effects on top.

It’s been a bit tedious placing so many items, and I’ve still got more work to do until I’m happy. But, I’ve been happy with the progress so far. And overall it’s been a fun process. It’s also allowed me to start exploring the technical side of ray traced glass in Unreal.

I’m still missing a few pieces of the real time ray traced reflection refraction puzzle (say that 30 times fast (one time for each of the refraction rays being cast in this scene)), but I am quite amazed that I can get this kind of result in real time. Shadows and depth of field remain a bit problematic, but I’m sure this will be fixed. I’ve seen previews in test builds of Unreal with real time caustics.